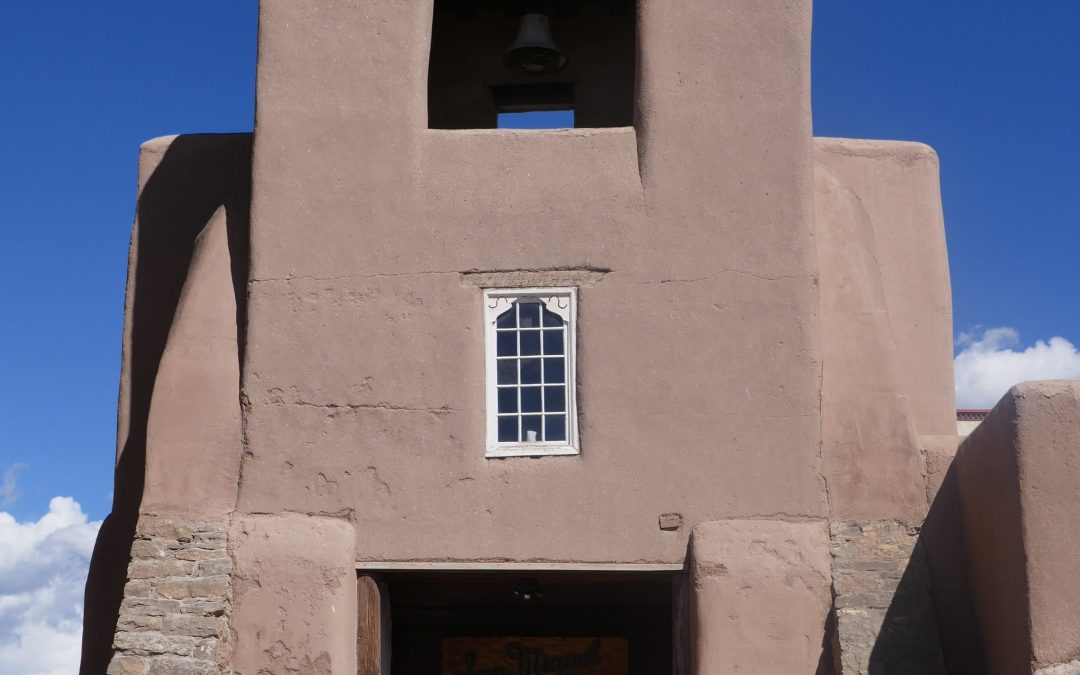 Today is our day to tour historic downtown Santa Fe so we stepped onto a city bus outside the RV Park for a 30-minute ride into the city.

Our first stop was the Georgia O’Keefe Museum, a lovely, intimate museum which was just the right size to give us a nice overview of the artist, her life and her work, who was so inspired by the landscape of New Mexico. O’Keefe was known as the first American modernist painter and her home, called “Ghost Ranch” in nearby Abiquiu, NM is now operated as a private retreat.

I found I could say things with color and shapes that I couldn’t say any other way – things I had no words for. – Georgia O’Keefe

Then, on to the New Mexico History Museum, located in the Governor’s Palace.  The Museum was extensive and the experience was brought alive for us by an excellent tour guide who entertained and informed with amusing anecdotes. A good tour guide can really make history come alive!

The connected Governor’s Palace was appealing but we were tired and instead of more history we wandered outside to the portico in front of the palace to view the jewelry being sold by the native American craftspeople.  Yikes, the beautiful turquoise jewelry is very expensive.  I’ll have to shop somewhere more budget-friendly.

The Santa Fe Plaza with its’ shaded fountains and welcoming benches was the perfect spot for a short rest, and we took pictures and people watched for a while.

Our next stop was the Basilica of St. Francis of Assisi, a marvelous cathedral surrounded by a beautiful shady park.  It was constructed under the auspices of Cardinal Jean Lamay, the real-life hero of Willa Cather’s 1927 novel “Death Comes for the Archbishop” and an influential figure in New Mexico’s history. Cather’s remarkable book tells the tale of two French Catholic priests as they attempt to bring Christianity to the southwest and their adventures visiting Indian pueblos and Mexican ranches. It’s an important work that helps to explain the history of the region and I’d highly recommend that anyone visiting Santa Fe read it ahead of time.

Great shopping abounds in the neighborhood surrounding the basilica, including a wonderful shoe store.  It was hard to pass by it, so I didn’t.

We found a trolley stop for the local tourist shuttle and journeyed on to San Miguel Chapel, one of the oldest churches in the Western hemisphere.  There is so much to see in Santa Fe, including the four museums, botanical garden and café on Museum Hill which we didn’t have the time or energy to visit. We will have to come back again to see them all. 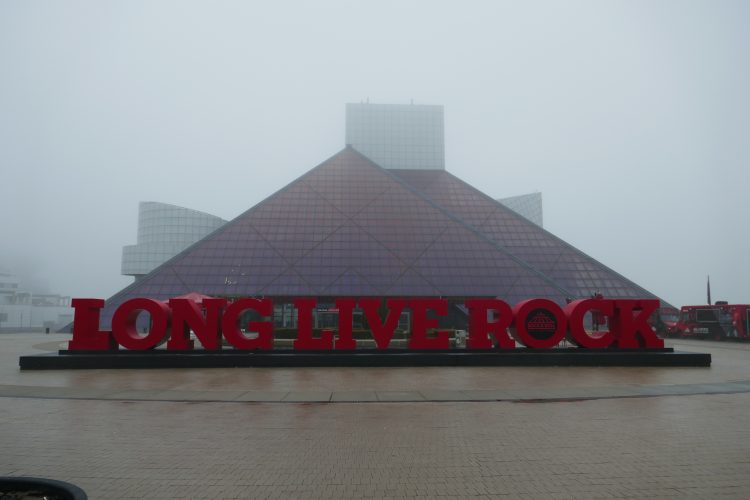 Fog, fog, fog.   Lake Erie always has fog, I was later told.  But today is really foggy as we drive into Cleveland and search for a parking lot on the waterfront that takes RVs and buses.  A short walk to the Rock & Roll Hall of Fame, next to the Cleveland Science Center, in a really nice harbor area. 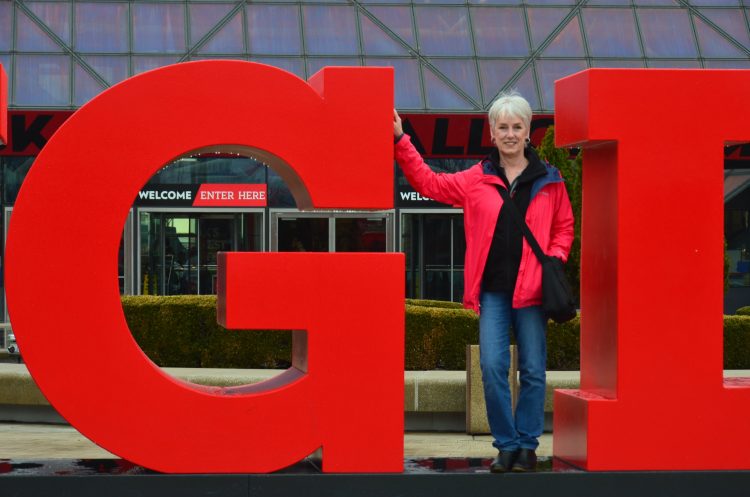 The Hall of Fame is in an I.M. Pei designed building of cantilevered balconies and ramps, visually stunning. It’s chockful of artifacts like guitars, costumes, lyrics, posters and much more with a nicely designed layout of exhibits and themes. We waited around to catch a 30-minute rockumentary of classic performances by director Jonathan Demme, well worth it!

For rock and roll fans this place is definitely worth visiting. We even found easy RV parking in a lot nearby. 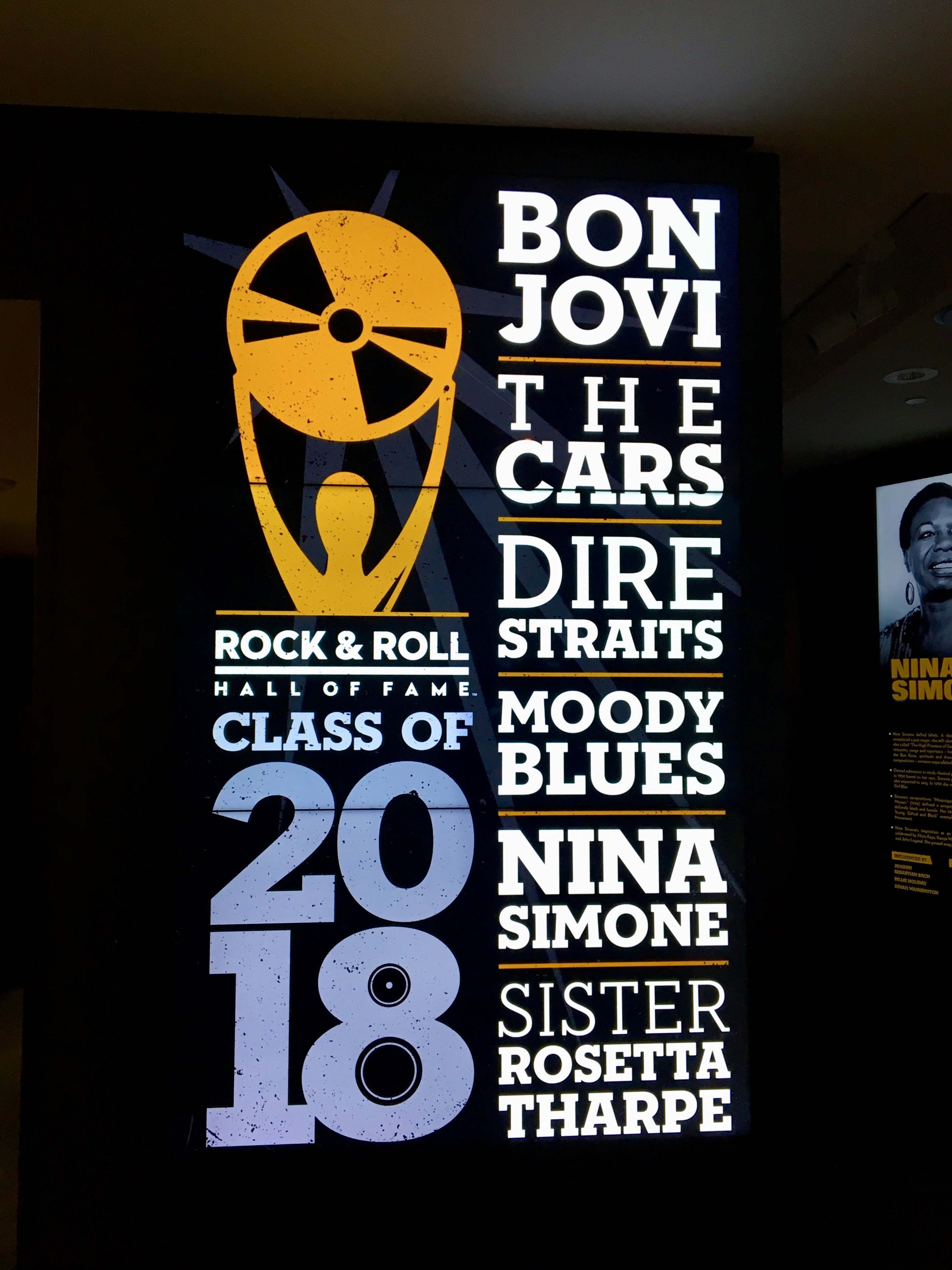 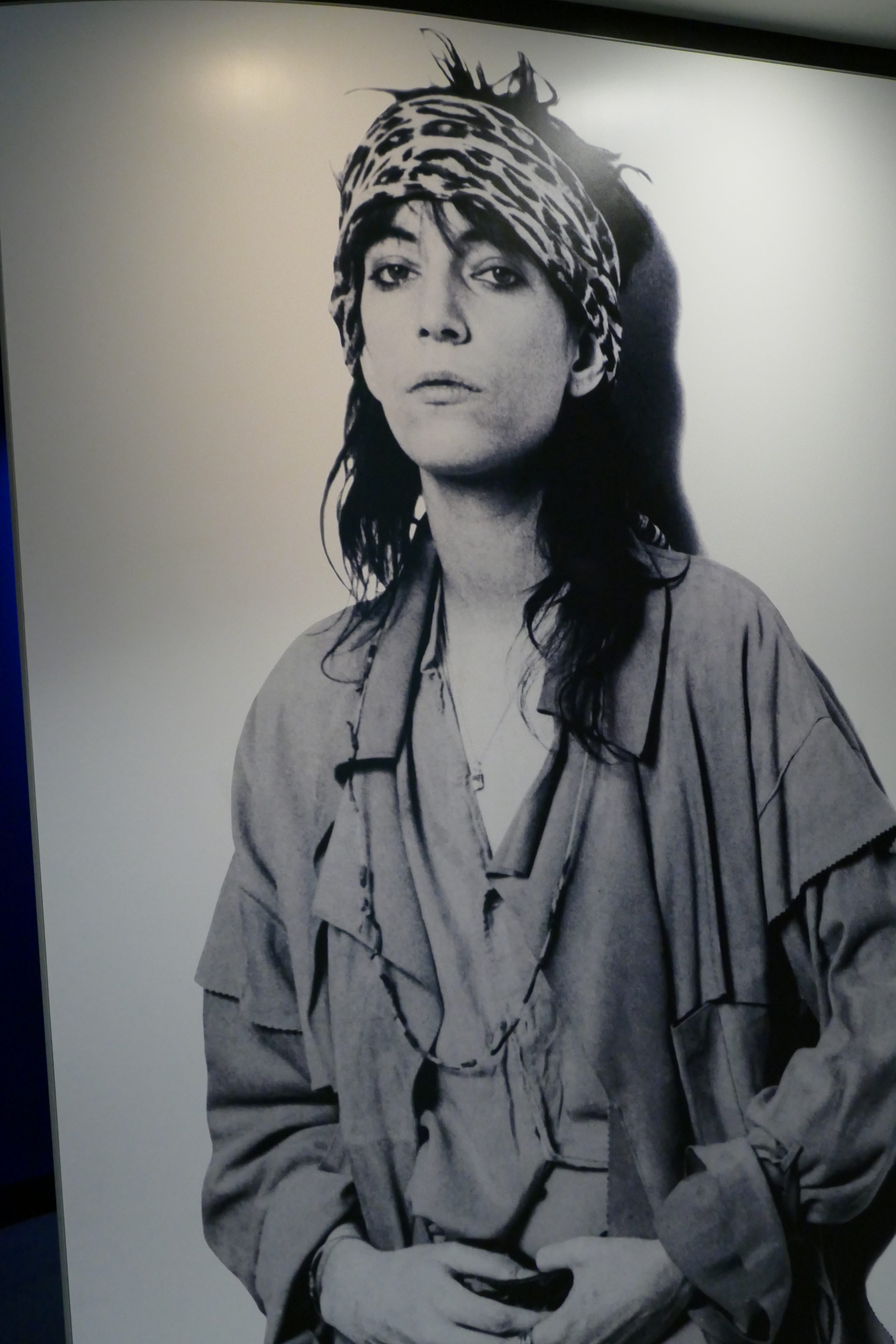 It was hard to narrow down the great images from my favorite rock & roll icons, so here are just a couple of them, punk rock poet Patti Smith and voice of my generation and recent reluctant Nobel laureate, the singer, songwriter and poet Bob Dylan. 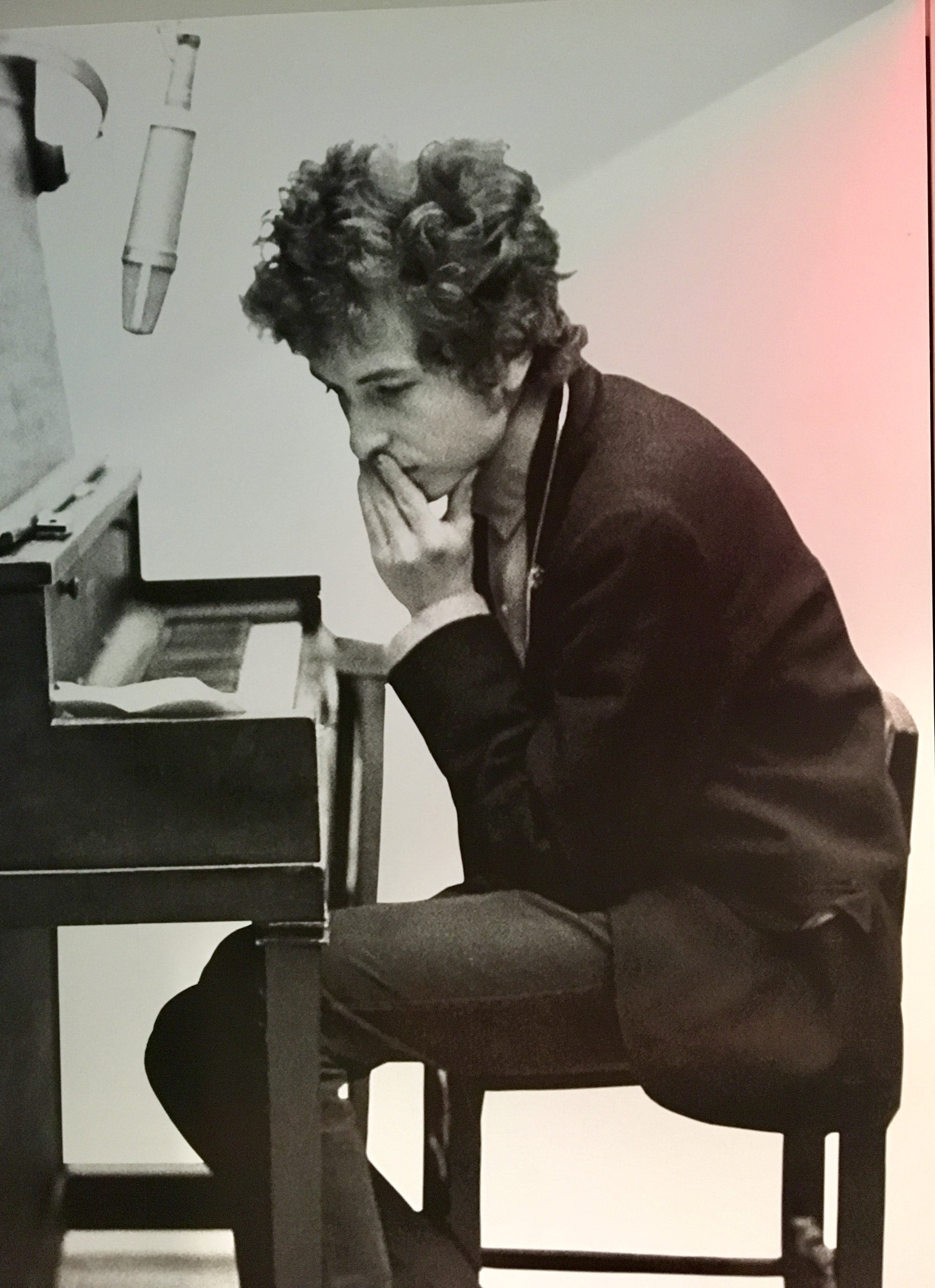 Off to Matt’s new farmhouse in Delphos Ohio on the “old” read “original” Lincoln Highway.  Three more hours in the rain were rewarded as the sun came out just as we arrived at his house.  What a place, full of potential and lots of hard work ahead, but set in a beautiful location in the midst of Ohio farmlands.

Our dinner destination was Cabo, a favorite Mexican restaurant of Matt’s and his friend Livvie. A couple of margaritas and Modelos later we headed back to our home in his driveway for the next few nights.  Ahh, the pleasures of RVing – free places to stay with family and friends!